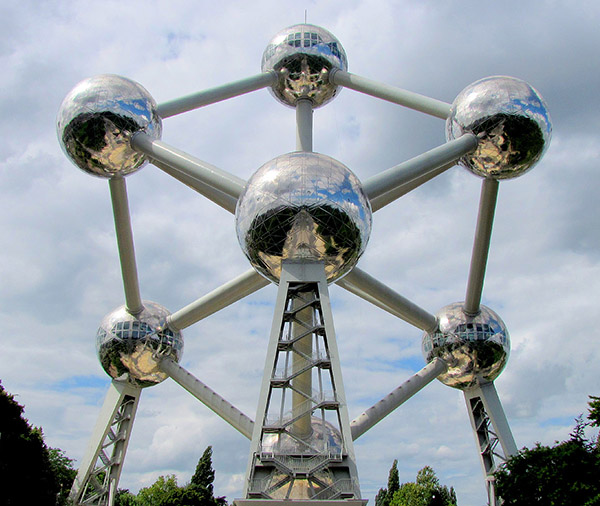 Hi guys, tuning in from the workplace playground. Our Money Manager was а P.manager of a project we had just finished. We were relaxing by jumping from the trampoline in a pool filled with foam rubber chunks. I felt it was the right time to learn more about our Money Manager. Here is his story:

I was an accountant and maybe the unhappiest person in the world. When I finished school, my parents thought that accountancy was a profitable business and insisted that I studied accounting at the university. I graduated and found a well-paid job. But I felt so terrible at work that I gained weight, a lot of weight, actually. Our manager was an unpleasant guy, never satisfied with our work and speed of working. He used to say:

“One day I will replace you by robots. They don’t get sick, they don’t have families and personal problems, and they don’t come to work with a hangover. Hahaha.”

We never laughed (as though he noticed). Probably it would have been hilarious if we ever had had time to get drunk.

All the tasks in our office were labeled “top priority”. Every 3rd, 6th, 9th and 12th month of every financial year I was near collapse. If you ask me about my life-work balance, I will tell you this: “I didn’t need to balance anything. I had no life; I had only work.” My girlfriend left me. My friends stopped calling me. I didn’t have time to even visit my parents because we often worked during weekends. Thanks God, they didn’t leave me.

One day I woke up and caught my reflection in the mirror. What I saw was a fat, balding, red-cheek guy without a family, life or friends. I went to the office and resigned. I decided to give my profession one last chance and set up my own company.

I was happy in the beginning and then… the nightmare scenario was very similar. I had to deal with all types of capricious and demanding clients with tight deadlines. I had to stay in my office till midnight and at weekends. The difference, however, was significant: I had a greater responsibility – to take care of my employees. I dare say I was a good employer in the beginning… I did my best to make my employees feel good at their workplace. Then one day I realized that I was pressing them too much and slowly becoming a copy of my former boss. So I closed down the company and gave up accounting.

But doing nothing was not my thing. So, I started to look for something – anything that was not accounting. Then I saw this job ad: “We are hiring”. One sentence only – no job title, no description. I applied out of curiosity.

I was invited to an interview. They sent a car to pick me up and drove me to their office. I wore a black suit and was very tense. It was the second job interview in my life. The driver was cracking jokes on our way and I relaxed a little. When we arrived, I was stunned. The building seemed extraterrestrial. When I looked around, I saw green fields, trees, flowers… and a huge swimming pool. I entered the building and was even more stunned, if that was possible. All those people, laughing and using strange equipment. Where were all the employees?!

The driver led me to a restaurant and we ordered lunch. It turned out that he wasn’t an ordinary driver. He said he was a Mood Improver (!?). In a minute, the CEO of the company joined us. He said he was the “Coach”.

“Who are these guys!?” – I remember I was thinking back then.

I was rather impressed by the way they interviewed me. I expected them to ask me questions about my experience, but they told me that they knew everything they needed. Then they described how they worked and insisted to call the process not work, but play.

I don’t remember much of the interview since my brain was overloaded with new information. I do remember how they explained that people came first and the purpose of the company was to serve people, not the other way around. They emphasized several times that these were not merely nice words like those the employers usually say at interviews, but it was their reality.

I was asked only one question: “If we give you $1 million, what will you do?”

I described how I would invest the amount very wisely and make more money. They listened very politely and said:

“Let’s paraphrase the question. What personal project would you like to implement if you have $1 million? If you have a total financial freedom, what will you do?”

“Well, I have an idea…,” I started shyly, but they encouraged me to continue and said that they really wanted to hear my idea.

“It’s a mobile application called Empathy Management Tool. In my opinion, empathy is what is missing in large organizations. Empathy is a powerful tool for human resource management and motivation. However, it’s time consuming and it’s difficult to remember or keep track of all your colleagues’ anniversaries, personal and professional problems, accomplishments and other details.

Moreover, if you use empathy assisted by technology even without feeling it, you will develop it over time and it will become part of your nature. I know people are too busy and overworked to pay attention to their colleagues and sometimes even friends. That’s why they can fill in all the information in this application and receive regular reminders.”

“Hired as what!? Accountant?”

“Excuse us, but the answer is no. We know that you don’t want to be an accountant. By the way, we don’t have accountants. We have a Money Manager, which is quite different. You are hired. It doesn’t matter what you do here. You can develop you application, participate in other projects and/or work play with others – it is your choice now.

We, however, have only two conditions: the first one is to let us take care of your health, and the second, never wear a suit at the playground because you won’t feel comfortable.”

Then I remembered an article about how robots would replace humans at work and what my previous boss was saying and asked: “More and more people are afraid that AI and robots will take their places. How will you deal with this?”

“Don’t worry. We don’t offer you a job or a workplace. We offer you a Playground and a social center. This is a place for humans. Robots don’t play or socialize; here they just help us.”

MM, who was telling the story, paused here and continued in a while:

“So I embarked on the ship, completed my project and after that took part in several other projects. Meantime, the Health Manager studied my eating habits and did some slight changes to my diet. He also offered me a marvelous variety of physical activities I could choose from. I lost weight, a lot of weight, gradually and without using any unnatural or exhausting methods. My physical condition improved immensely.

Since I had been an accountant for so long, I couldn’t stay away from company’s finances. Several times I advised the company on financial matters. Thus I gradually became the Money Manager, or as my co-players called me “MM”.

Strangely, I enjoy it a lot. It has nothing to do with traditional accounting or my previous work experience. Now I have a great life. As you know, I have a wife and we are planning to have kids. We often visit my parents. We go out with my friends. I have a lot of new friends (from the Playground, of course) and I feel extremely happyJ”

We continued to jump on the trampoline in silence. Then MM jumped in the foam rubber pool with a sensational double somersault and added:

“But let’s forget the past. It’s getting late and my wife is coming to make some special photos of the sundown. It’s so beautiful here. Would you join us for dinner later?”

Still thinking about his story, I nodded absentmindedly and went to the dressing room. Bye guys, tuning out.